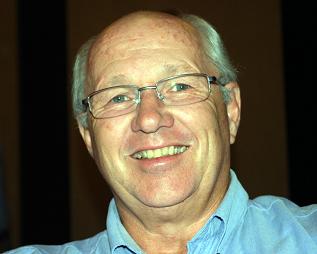 Gary was introduced to Barbershop in 1988 at a concert on the Central Coast by the Bathurst Barbershop Chorus and was immediately "hooked".

He sang bass in the first quartet formed on the coast - 'The Berba Singers' and sang bass with the 2013 BHA Eastern Region Champions 'Zoom'.

Gary was awarded a Medal of the Order of Australia on Jan. 26th 2009 for service to the community through the Central Coast Men's Barbershop Chorus and a range of sporting and service organisations.

He first became chorus director in April 1995 and has resumed the challenging role again in 2012.